I have written before about my love and appreciation for my teachers, and also about my thankfulness to fellow musicians and ECM producer Manfred Eicher. During my career, I have received support in many different forms, and it all has been so important. Support enables an artist to proceed in doing what she or he really wants and needs to do.

I recently spoke to one of my students about Carla Bley. When I wrote to Carla Bley to ask permission to write words for her compositions, she sent me an original edition of her “Early Short Pieces” that contained some of my very favourite compositions of hers (Vashkar, Closer, Ictus…). Later, upon hearing our first recording for ECM (“April”, in 2001), her kind words meant much. I was lucky enough to hear her in concert several times, and meet her, too. Her work is groundbreaking to me, to this day. Her compositions, played by Don Cherry, Paul Bley, Steve Swallow and many others, have stayed all-time favorites. I will never forget what she said once in a documentary: “A good composition is simple and complex at the same time.”

When she received an NEA Jazz Masters award in 2015, an extensive interview with her was published by the NEA. A short trailer is available, too, great to watch! If you want to watch the entire ceremony, that is possible, too (scroll to 14:07 so see her speak).

Thank you, Carla, for being such an inspiration! 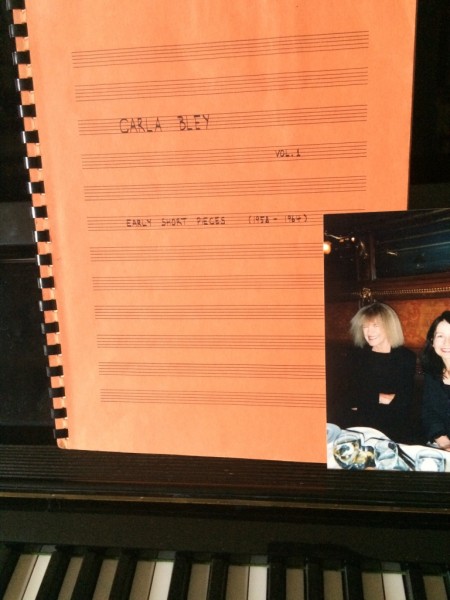 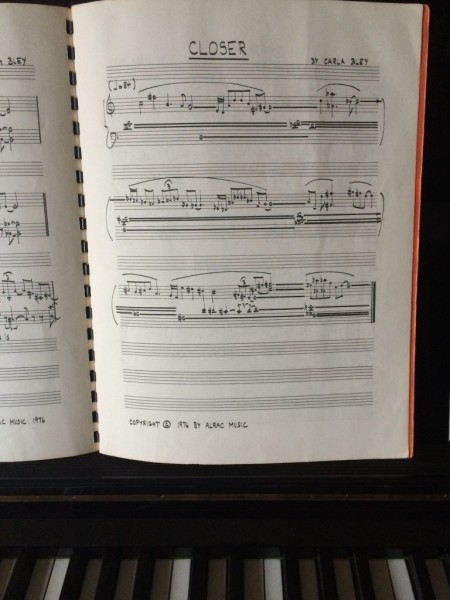 “Closer”, one of her gorgeous compositions